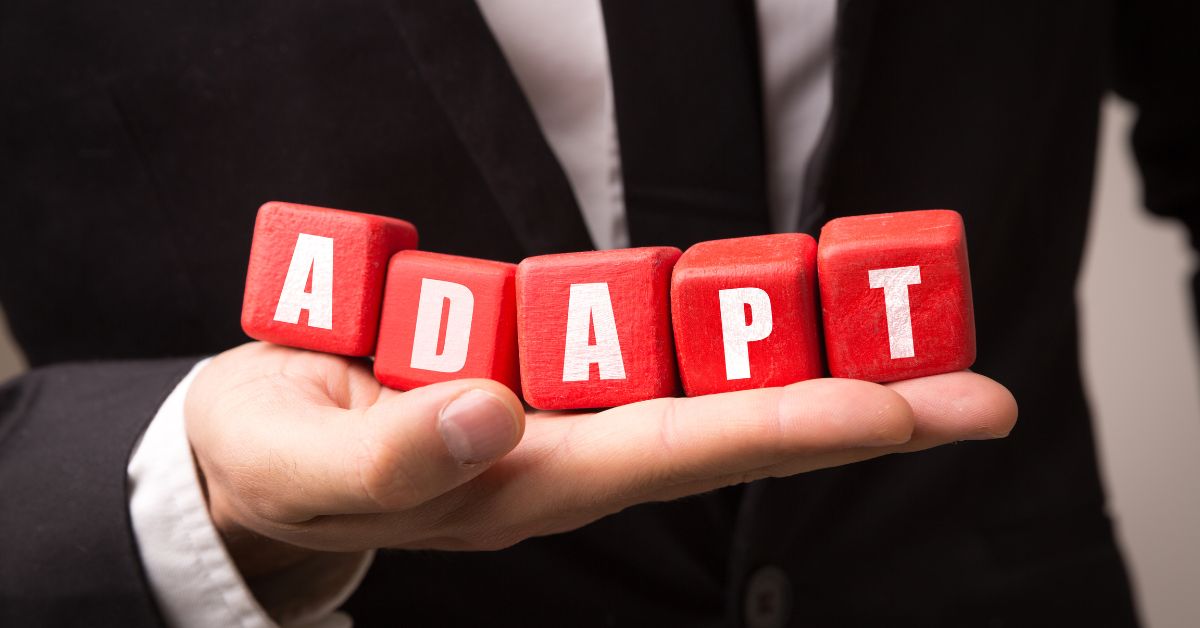 User adoption of software – It’s well known that employees struggle to adapt to new technology. As a result, the majority of enterprises have a difficult time launching successful digital transformation initiatives. This article will help shape the human component of an enterprise’s digital transformation strategy. We will explore psychological research that provides insight into the reasons employees struggle to adapt to technology in the workplace.

First, we’ll frame the issue by reviewing the increased role technology is playing in the competitive landscape for large enterprises. We’ll then explain why it’s people that are more often than not the biggest bottleneck to digital user adoption. After providing background on the issue, we’ll move into three reasons supported by research in the field of psychology that help explain why employees resist new technologies. We will then conclude by presenting a model, business leaders can reference as they develop strategies to guide employees through digital change.

An Overview of Digital Transformation Landscape

The Pace of Digital Transformation is Accelerating

In early 2020, the CEO of Microsoft Satya Nadella noted, “we’ve seen two years’ worth of digital transformation in two months.” Fast forward, and now over a year and a half later, studies have shown that the pace of technological change is still accelerating.

Reports from consulting firms such as Deloitte, McKinsey, and Gartner claim that for companies to be successful in the coming years, digital transformation will need to be an integral part of an organization’s overall business strategy. Long gone are the days where decisions pertaining to technology are siloed in IT departments. It’s time for C-suite executives and HR leaders to begin contributing to the conversation. In fact, recent research has shown that most already are.

After analyzing survey data from 110 CEOs representing 15 different industries, Deloitte CEO Joe Ucuzoglu concluded, “the key to achieving their growth goals will be an intense focus on sustaining the momentum of their digital transformations.” Regardless of industry, leaders across the globe are focused on launching successful transformation initiatives.

Still not convinced it’s an important area to focus on? Maybe the findings of an IBM study can change your mind. IBM surveyed over 3,000 CEOs and found that actively pursuing a digital transformation was one of five things that set outperformers apart from underperformers. Outperformers were more than twice as likely to agree that artificial intelligence will provide value in the next 2-3 years than underperformers were, the results coming in at 72% and 30% respectively. IBM’s analysis of the survey suggests that this gap in attitude towards technology is likely to push underperformers even further behind.

What about outperformers though? If all the top-performing enterprises are pouring resources into being the most digitally inclined, what factors determine the winners and losers?

User Adoption is The Biggest Challenge

The answer might surprise you. Research suggests that the biggest challenge organizations face isn’t picking which technologies to use; it’s getting people to use them.

A 2020 report analyzed data from 1,000 digital transformations over the past 20 years and revealed the most frequently cited challenge, “organizational change and the ‘people’ part of the transformation.”

Employee buy-in is vital for a successful digital transformation. You could have the most sophisticated CRM, sales pipeline, or communication tool on the market, but if employees don’t know how it works or are unwilling to use it, it’s worthless. Correspondingly, all leaders should have an awareness of how employees feel about the technology they’re expected to use on a day-to-day basis.

Yet concerningly, PWC found there is a large disconnect between the attitudes executives hold towards technology and the attitudes of the rest of the workforce. After surveying over 12,000 employees across eight countries, PWC found, “92% of C-suite execs say they’re satisfied with the technology experience their company provides for making progress on their most important work, meanwhile only 68% of staff agree.”

PWC goes further and provides a hypothesis explaining the disconnect. It notes that for members of the c-suite, there is always someone available to assist them in troubleshooting problems they run into while using technology. In other words, if upper management forgets how to use a tool, they don’t spend 30 minutes stuck and frustrated, while they figure it out. Conversely, employees are left referencing handbooks, manuals, and training videos.

On average in 2020, enterprises were using almost 300 unique SaaS applications. This leaves the majority of employees feeling burnt out. As a response, many employees develop negative attitudes towards the adoption of new technologies. The increased pace of change is only expected to exacerbate the problem. PWC predicts, “the pressure on companies and individuals to keep up will only intensify… even the most tech-savvy in the workforce will look for ways to stay relevant.”

What is the result of low user adoption? Frankly, failure. McKinsey found that 70% of digital transformations fail.

Astronomical numbers like that are often useful for the ‘wow’ factor but can be hard to assign any real meaning to. Unless you’re a macroeconomist, you probably don’t care about global spend.

So, what does the impact of digital transformation failure look like on a smaller scale? According to Gartner, “software (including SaaS) expenditure per employee represents on average 25% of IT spend at over $3,800 per year, include public cloud and that grows to almost $4,800 per year.” If 70% of these programs turn out to be failures, for an enterprise of 2,000 employees, that’s upwards of a six-and-a-half-million dollar loss.

The Forbes’s article we discussed concludes by claiming that digital transformation is all about people. While speaking with HBR, Didier Bonnet, expert in the field and author of Leading Digital said, “the job of a manager is to help people cross the bridge, to get them comfortable with the technology, to get them using it, and to help them understand how it makes their lives better.”

Spending ten minutes talking to managers, and you’ll quickly find out this is a quintessential case of ‘easier said than done’.

Managers worldwide struggle to promote employee buy-in. It’s one of the biggest challenges they face pertaining to the implementation of new technologies. Let’s explore three reasons psychologists cite when explaining why we resist new software. It turns out, we’re biologically wired to do so.

Psychologists Provide Insight Into The Forces That Prevent Buy-In

While technology in the workplace has accelerated over the last few years at unprecedented rates, Psychologists have been studying the problem of digital adoption for almost 50 years now. Insights from existing research is another tool to add to your kit as you develop strategies for garnering employee buy-in. Let’s dive into the research.

Guy Winch, Ph.D. explains that, “for some people, failing presents such a significant psychological threat their motivation to avoid failure exceeds their motivation to succeed. This fear of failure causes them to unconsciously sabotage their chances of success, in a variety of ways.”

Intuitively, we can think about ourselves, isn’t it the case that we’re more likely to want to try something if we believe we can succeed at it? Now think about this in the light of user adoption. When employees interpret organizational change as difficult or misaligned with their skill sets, they can feel threatened. Even teams made up entirely of millennials are going to have luddites (people who are technologically illiterate and strongly dislike technology).

In many cases, it’s not that these team members inherently dislike technology. It’s the fear that they won’t be able to adapt to the technology that stems the dislike, and ultimately drives an unwillingness to change.

A study on organizational trust and adaption to change found that fear of failure significantly predicted employee adaptation to change. Mentally, it is both easier and safer to avoid the change entirely than it is to invest time into learning, and ultimately fail.

Methods on how to reduce the fear of failure and thus promote employee buy-in will be addressed later in the article.

Not all employees fear change, some will be eager to learn new things. The challenge that arises with these types of employees lies in the way that we, as human-beings, assess value.

Imagine you had the choice between receiving $50 today or $60 in a year. Most people choose to receive the $50 now. This in spite of the 20% return on investment that waiting a year would provide. When asked if people would prefer $50 a year from now or $60 in two years, the results changed drastically. Almost all participants opted to receive $60 in two years.

The discrepancy is explained by hyperbolic discounting, or the notion that human beings are wired to overemphasize immediate rewards. Tying this back to the problem of digital adoption, let’s think about the learning curve. With almost every new technology, there’s going to be a learning curve before any realized payoff in efficiency. This means there’s going to be a period of time where the old way of doing something is far more efficient than the new method being implemented.

Consider this in light of hyperbolic discounting and the reason for resistance becomes clear. Psychologists have proven that human brains are not designed to accurately assess future value. Meaning, regardless of future improvements to productivity, initial resistance and poor user adoption is almost inevitable.

Methods on how to reduce resistance stemming from little-to-no perceived immediate value will be addressed later in the article.

Too Much Work, Unfair (Equity Theory)

No one likes to feel exploited. Relationships between employees and employers should be give and take. Equity theory is a concept in psychology that explains the way employees evaluate their relationship with employers.

Equity theory can help explain resistance to technology. Kailash Joshi, a researcher at the University of Missouri, created an equity-implementation model that, “helps frame users’ resistance to change when it comes to information systems.”

The model states to in relation to user adoption, that when deciding whether or not to adopt a system, users employ three levels of analysis.

So, first, a user will ask themselves if a new system requires a substantial increase or decrease in effort. If employees feel that a new system will require them to do more work, naturally they’re going to want to know that there is some compensation for their effort.

If employees feel that the system will not benefit them, they will be more likely to resist adopting it into their workflow. The next employees want to know that the new system helps them as much as it helps the company as a whole. If it is obvious that a new system will have benefits for the organization, but fails to deliver any benefit to the employee, they’re going to be less motivated to use it, again this will affect user adoption. Finally, employees will compare the benefits the system provides for themselves, against the benefits it provides for their reference group. Imagine a scenario where a salesperson is required to do extra work because it will benefit the marketing team, if the work does not benefit the salesperson, they will perceive it as unfair and will be more likely to resist it.

So, now that we’ve discussed reasons employees resist technology, let’s look into things enterprises can do to promote acceptance of technology and improve user adoption.

The model was proposed by Fred Davis in 1985. Since then, it has been referenced over 60,000 times. The model claims that people consider two things when determining whether or not to use a technological system. Those things are perceived usefulness and perceived ease of use.

OnScreen promotes digital adoption by increasing the perceived ease of use and perceived usefulness of any Enterprise application. It allows subject matter experts (SMEs) to create in-application walkthroughs within minutes.  User adoption will lead to improved productivity and employee satisfaction.

Walkthroughs essentially act as a personal digital assistant; they provide in-application help only when users need it (immediate value!) and gives concise, to-the-point instructions for navigating the system (ease of use!). OnScreen gives users the confidence and ability to use software they have little to no experience with. For more info see how OnScreen works.